email us at This email address is being protected from spambots. You need JavaScript enabled to view it. 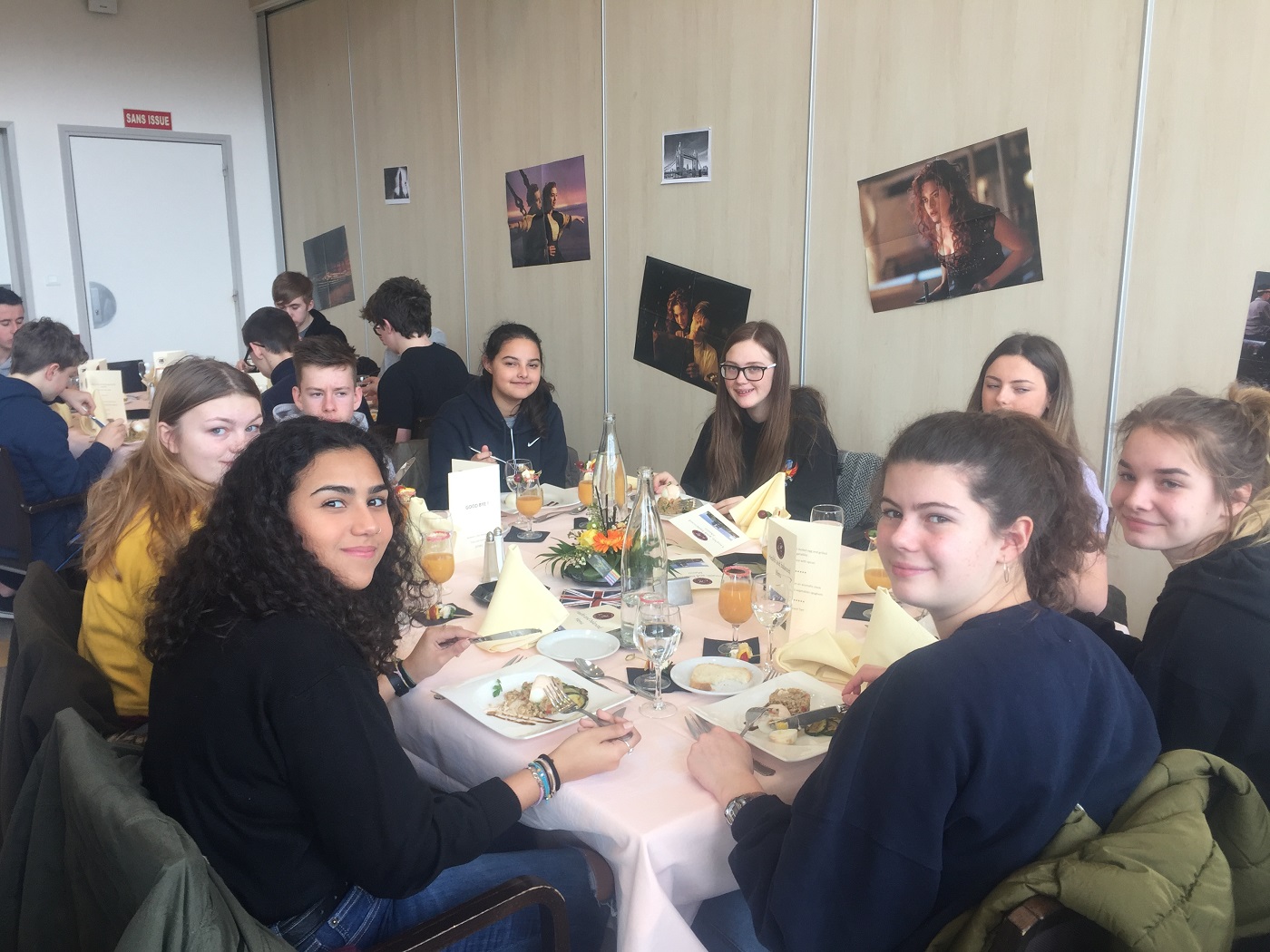 A very excited group of Felpham Community College students along with their teachers set off by coach on Friday morning. After a quick trip through the Eurotunnel we made our way to Boulogne sur Mer for an afternoon spent getting to know the town and enjoying a visit to the fantastic Nausicaa Sealife Centre. After settling in at our hotel and a very welcome evening meal, a good night’s sleep was had by all.

After breakfast the next day, we visited a traditional French bakery we met up with a group from students from Maxence Van Der Meersch High School in Le Touquet. The students had been emailing before the visit and it was great to finally meet up with penpals face to face.

The whole group then enjoyed a scavenger hunt in Le Touquet followed by a hot chocolate and delicious local crepe.

After a very interesting day on Sunday, in Albert and Amiens where we spent some time at the Musée Somme as well as a walking tour of Amiens, the Felpham group were happy – after a visit to a local chocolate factor which was very popular! - to meet up again with their French friends on Monday for fun with a Bilingual Carousel of Activities.

Finally, on Tuesday, after a fantastic three course lunch prepared for us at Le Touquet’s catering college and an afternoon spent enjoying a town trail with the French catering students, we made our way home – via some shopping at the Cite D’Europe Shopping Village of course – and arrived home, tired but happy after a fantastic 5 days away. 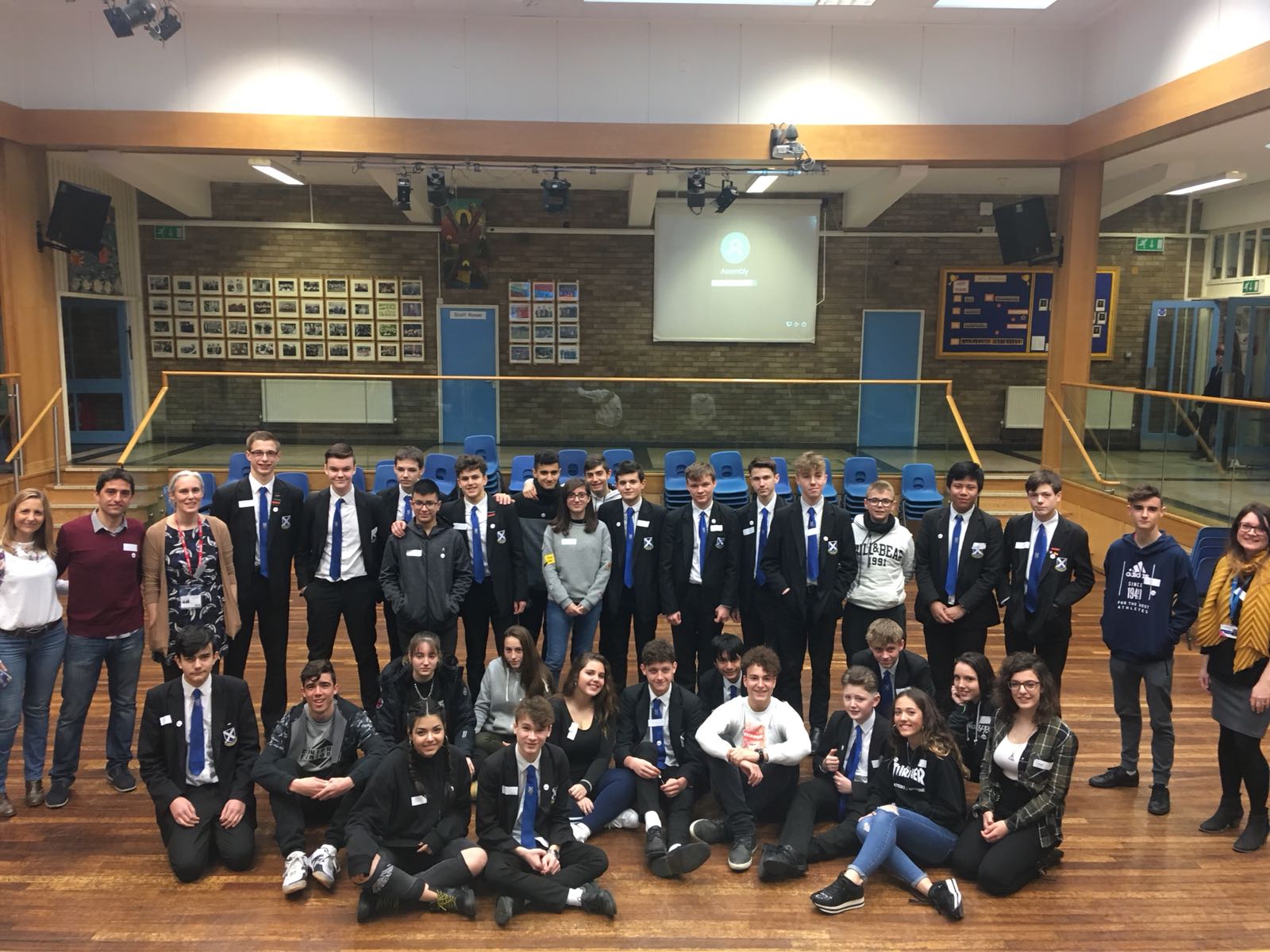 This year St Andrews High School for Boys, Worthing were pleased to welcome a group of 15 students, all between 15 and 16 years of age, along with two of their teachers from IES Fuente de la Pena, a High School in Jaen in Southern Spain.

The Spanish group spent a good (if rainy!) first day taking part in a Scavenger Hunt in Worthing Town Centre.  It was a great chance for the Spanish students to get to know Worthing.   Jaen is a long way from the coast so the sea and the beach were a great attraction.

The Spanish students had an opportunity to spend some time with the St Andrews boys many of whom were also hosting the students in their homes for the week and great fun was had taking part in a Carousel of Bilingual Team Games.  The games – including the “Loo Paper Design Challenge”! – broke the ice brilliantly and both the Spanish group and the St Andrews boys felt really comfortable practising their language skills with each other.

The Spanish group enjoyed 2 fantastic days in London on Thursday and on Saturday.  We had a great day at the British Museum and enjoyed our lunch in Regents Park before a stroll to Camden Market with two free hours for everybody’s favourite – shopping!  Laden down with new clothes and treasures from Camden we all made our way back the station.  The Spanish group even treated us to a song on the train much to the amusement of fellow travellers!

After a relaxing and fun day with their host families on Sunday the Spanish Group made their way to St Andrews on Monday before a final day sightseeing the beauty of Lewes and its Castle.  In the evening the English and Spanish students spent a final, fun-filled evening bowling in Worthing before wishing each other “adios” – until next year  - with many new friends made and language skills improved. 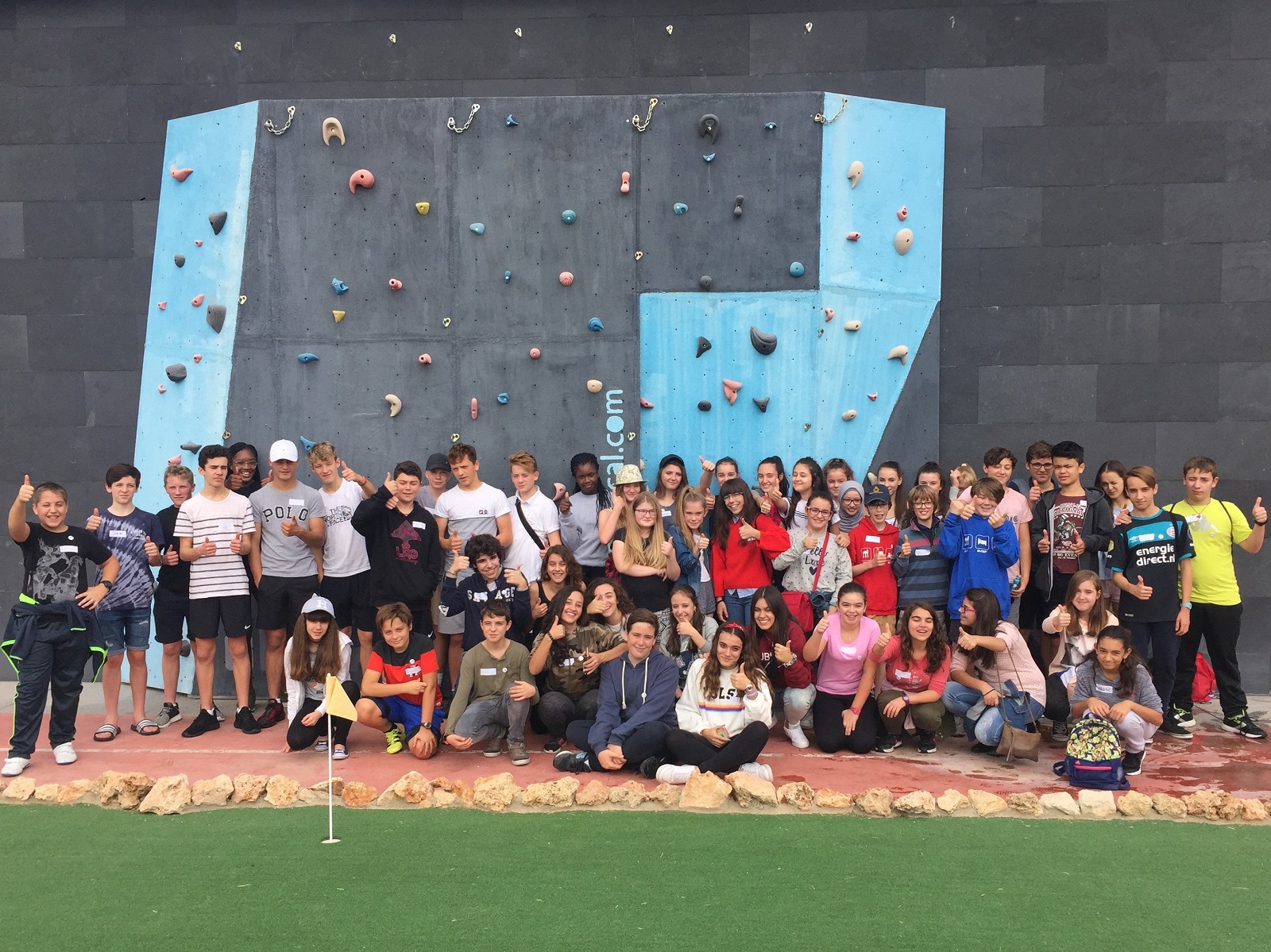 Combination Languages last trip of 2017 was also a first as we welcomed a group of 30 students from Cobham Free School for the first time to Jaén. The group met their pen pals from IES Az Zait at a Fun Day kindly hosted by Software del Sol.  They took part in a range of activities such as Padal, Table Football and Mini Golf in mixed bilingual teams and this was a great way to break the ice!  The experience continued with further activities in the school, a Scavenger Hunt in Jaén, an insightful visit to the Alhambra Palace in Granada, a tasty tapas evening and a visit to el Castillo de Santa Catalina and the Arab Baths.  The 6-day trip was rounded off by the last night disco where students relaxed and had fun with their new International friends, before heading off to Madrid the next day for a tour before travelling home.

‘A really fun experience to meet new people and to explore Spain.’  Becky

‘My pen pal and I have become good friends and we still talk now.’

‘The Tour Guide in Malaga was funny and interactive.’

‘The Alhambra was amazing.  I would go again!’

‘I enjoyed spending time with the Spanish students and my pen pal was really nice and very quirky!’  Gabrielle